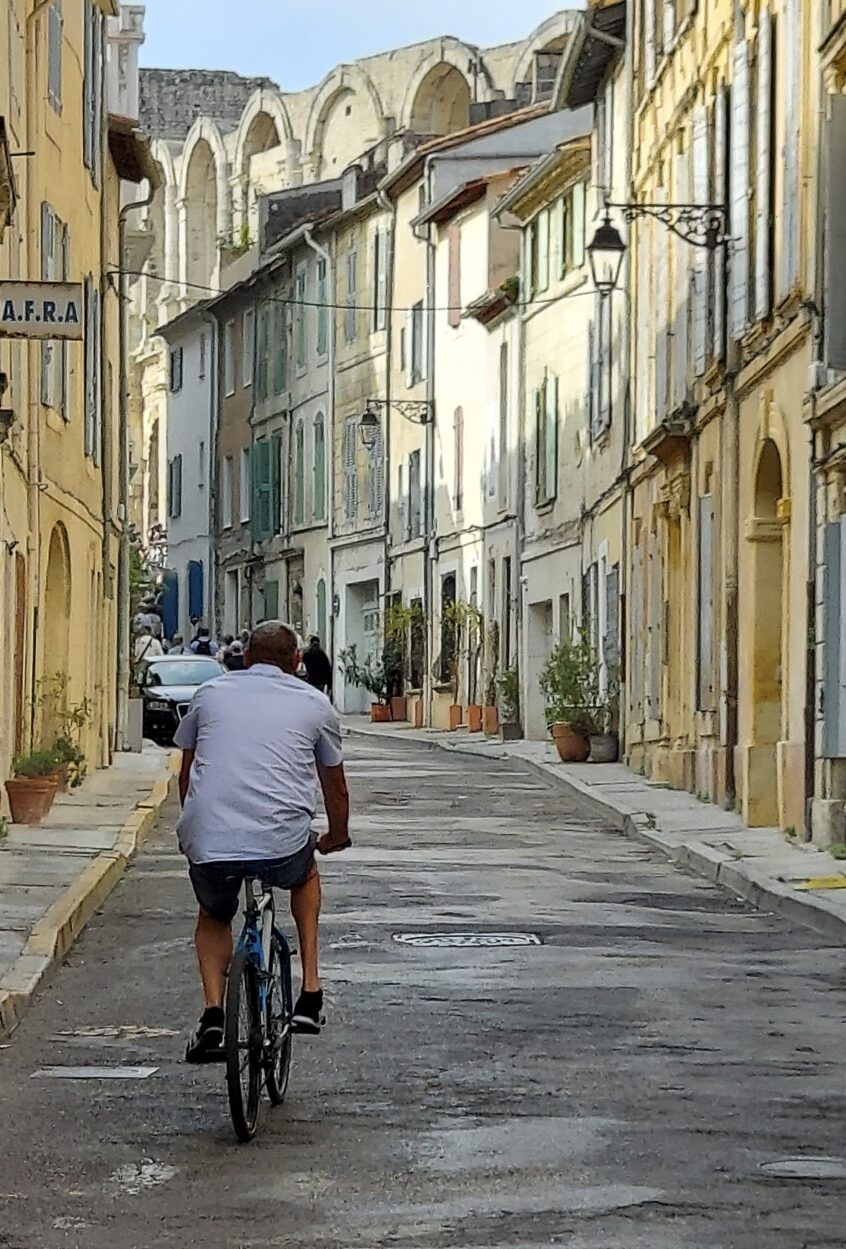 Today was a tale of two cities with very different histories and looks, united by their dependency on tourism.

In the morning we took a walking tour of Arles, known for its relationship to Van Gogh.  He lived in Arles for one year, but during that time he created three hundred drawings and paintings. There is a trail through town indicating each important site during his time there. The city has built on that artistic heritage by hosting art and photography exhibits and there are many galleries.

Arles is also known for its Roman history. The original amphitheater still stands, and events are held in it to this day.  It’s gone through many iterations, including being residential. We learned about the gladiators, bull fighting, bull racing and other sports that have been part of the amphitheater’s legacy.  Also, the social mores during the times of different emperors.  Nero was universally disliked because of his insistence that men and women sit separately. The remains of the Roman Theater are also still being used for performances.

Avignon’s claim to fame was that the popes lived and presided from there in the fourteenth century. In 1309 it was selected as the papal residence because it was more centrally located in the Christian realm than Rome.  The Pope’s Palace is a mix of Romanesque, Gothic and Renaissance architecture.  Sadly, none of the furnishings remain and most of the frescoes were destroyed during the second world war. The one exception is the Pope’s private quarters, where the colorful wall paintings remain vivid. My favorite part of the palace was a small sculpture of St. Catherine of Siena, who persuaded the pope to return to Rome. As is so often the case, the power behind the man was a woman.

The old city is surrounded by stone ramparts, punctuated by towers, which were started in 1355.  They go for nearly three miles and are very well preserved.

Both cities are filled with hilly, winding, picturesque streets, numerous cafes and are adjacent to the Rhone River.

I ended the day exhausted from endless walking and taking in so much.  It was worth it.