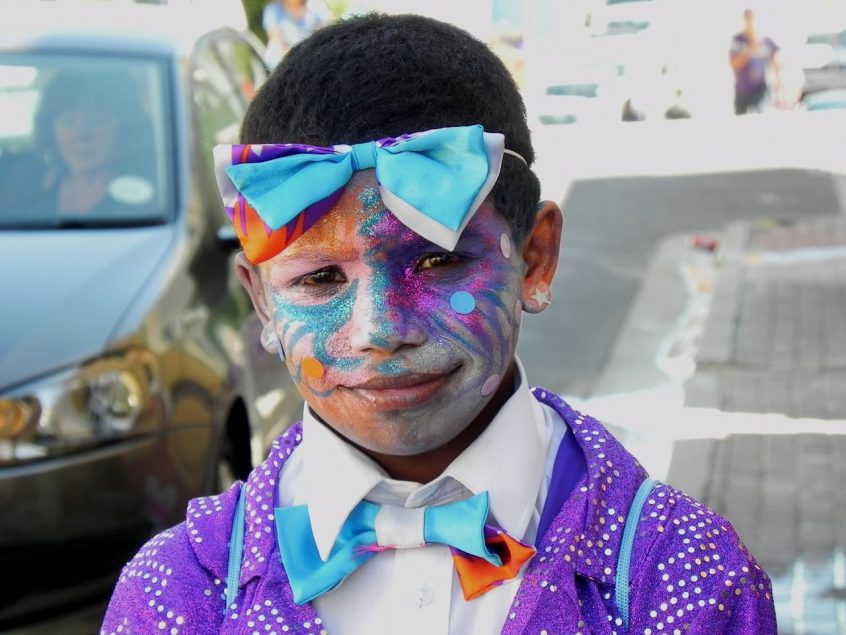 In Cape Town’s center city we serendipitously came upon the Minstrel’s Parade. It commemorates the freeing of the slaves in the early 1800’s. It’s a bit like Mardi Gras, but more loosely organized.

Teams, each from a different neighborhood, dressed in bright fanciful costumes and makeup. Glitter was a favored accessory. They sang, danced and played instruments as they marched by enthusiastic crowds, many of whom had also dressed up.

After a short while people near us became friendly and chatty. During the pauses between teams, they told us where the teams were from and what they were known for.