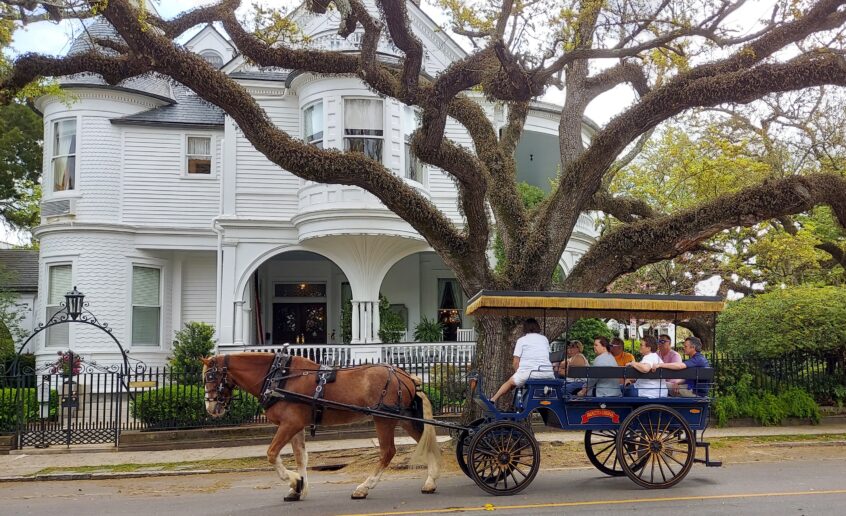 The last time I was in Charleston immediately after hurricane Hugo (1989).  My father was living here, and I came down to help him pack up and move—the devastation from the storm was so bad he could no longer live in his home. Every roof tile was blown off and then it poured, creating a near river pouring onto his possessions.  Once the rain stopped there was no one to repair the damage.

I recall flying into Charleston and being shocked by what the city looked like—trees had been uprooted and looked as though they’d been tossed for a game of pick-up-sticks. Every church steeple had blown over or was hanging at a precarious angle.

Now the city has been restored to it’s precious glory.  Walking around (for hours) I recognized many landmarks—the Dock Theater, rainbow homes, churches, cobbled streets, parks, the Battery and more. It was and is a beautiful city.  Gullah women still fill the streets with handmade baskets and ornaments made from sweetgrass.

The oldest part of the city, and especially facing the sea at the battery, is filled with grand homes. There are fabulous wrought-iron gates, courtyards, beautiful flowers, and lots of pineapple ornamentation (a symbol of hospitality).  It shows off its gentile, southern past, but also has an ugly history of slavery and discrimination.  The old slave market is now a museum.

My memories of the city market were shattered this trip.  Years ago, there were wonderful local craftspeople.  I still own the sweetgrass basket I bought then. Now it is a tourist trap with exorbitant prices and stuff made in China. The few craftspeople who remain aren’t of the quality of the past. Even worse, most of the stores in downtown Charleston appear to be chains. The local feel has vanished.  Still, the food, architecture and general ambiance remains welcoming and wonderful.

Dinner was at SNOB (Slightly North Of Broad). The food, service and overall vibe were terrific. There was live music by a very talented singer.  The only issue was that while at dinner, a severe thunderstorm hit Charleston. The wind and lightening were extreme, but fortunately died down a little before I left the restaurant.  When I went to get my car, the streets were flooded, and several were cordoned off because they were unpassable.  I had very wet shoes.