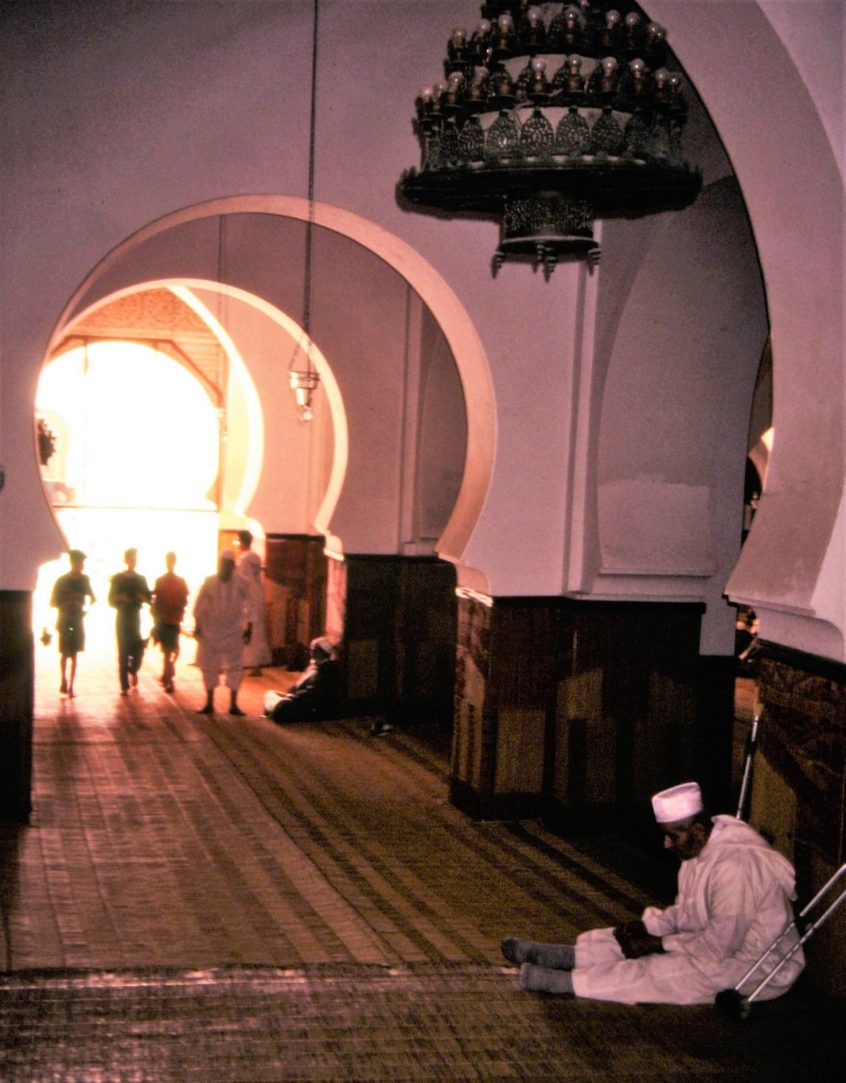 As I passed through ancient key-hole gates, I traveled to the past. A world heritage site, this medina is believed to be the largest walled city on earth. Narrow lanes create a massive maze; without a guide any non-local is certain to get lost. There is little evidence of the twentieth century.

With a young guide, Said, I ventured into the tiny twisting streets. We stopped at a shop specializing in silk thread used for the intricate embroidery decorating djellabas and caftans. Stacked neatly along the tiny shop’s walls were thousands of spools in jewel-like colors. It felt like being inside a shimmering, glittering kaleidoscope.