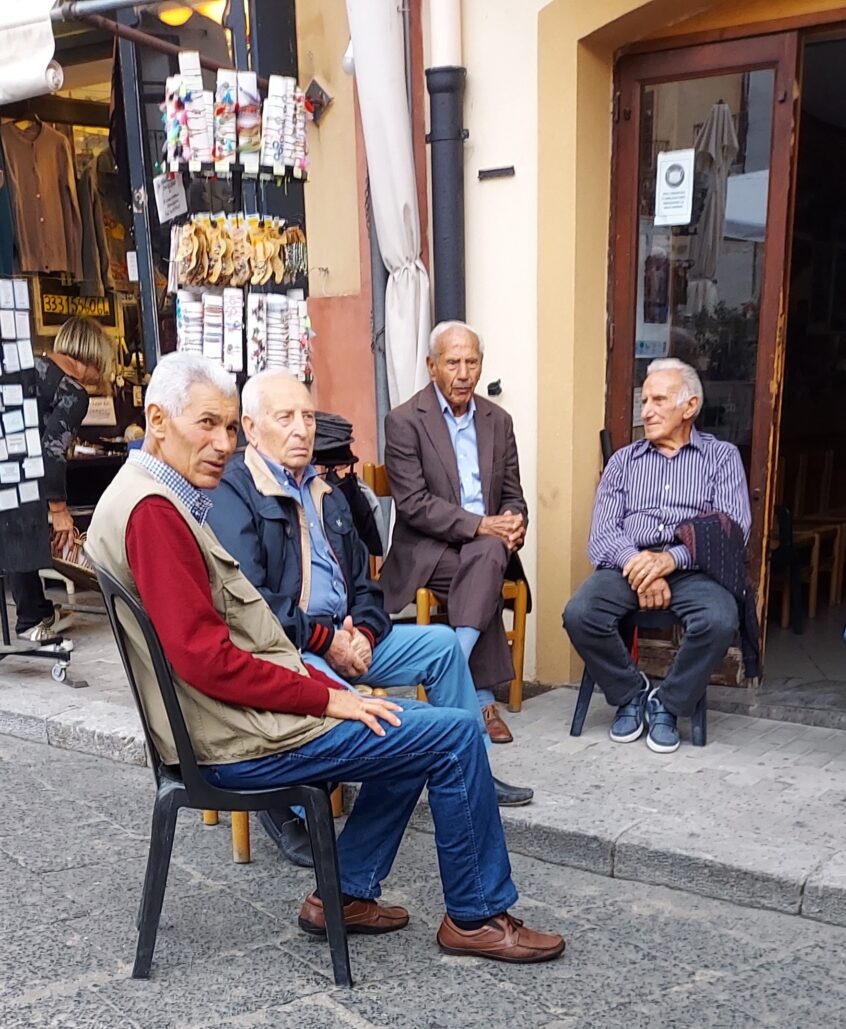 This morning the sky was nearly identical to Crayola’s version of sky blue. The temperature was warm, and we had no plans.  It became our morning to go swimming. The pool at the Hapimag resort looks out over the sea. The contrast of the turquoise pool, deep blue sea and sky blue seemed like a painting or fantasy, not reality.  But it was very real. I know this because when I dipped a toe into the pool I yelped in shock. It was cold.

People were swimming, so I convinced myself I could do it and eased myself in. Just as I was fully immersed loud music came on. “Rats,” I thought. I’d been hoping for a peaceful float and laps. It turned out the music was for an aqua exercise class. Kathy and I joined in, and it was great. The instructor was fun, mixing up Italian, German and English and keeping us all engaged. After what I’ve been eating for the past two weeks, I should have worked out all day. Instead, Kathy and I had a light lunch at the pool bar.

Then it was time to get ready for our afternoon tour.  We’d signed up for a wine tasting and a tour of Castelbuono, a town high up in the mountains. As the bus drove to the Abbazia Santa Anastasia winery, the beginnings of autumn were showing—trees turning yellow and deep red grape vines.  The winery tour was pretty standard and the wine just so-so. But the views made it worthwhile.

Castelbuono is a charming medieval town nestled in the middle of Madonie Park. You enter the walled town through a gate across from Ventimiglia castle, built in 1317. The castle was another setting for the film Cinema Paradiso.  We walked around town, had a tasting of local food specialties, including manna. Manna is sap extracted from the bark of ash trees. It is naturally sweet and made into all sorts of dessert products. It’s also exceedingly expensive—the “good stuff” sells for about two hundred euros per kilo. While we wandered it began to drizzle and lights all over town winked on. The yellow glow turned the town into a true fairyland.

I was happy I didn’t have to drive down the steep, winding road back to Cefalu in the rain and darkness.