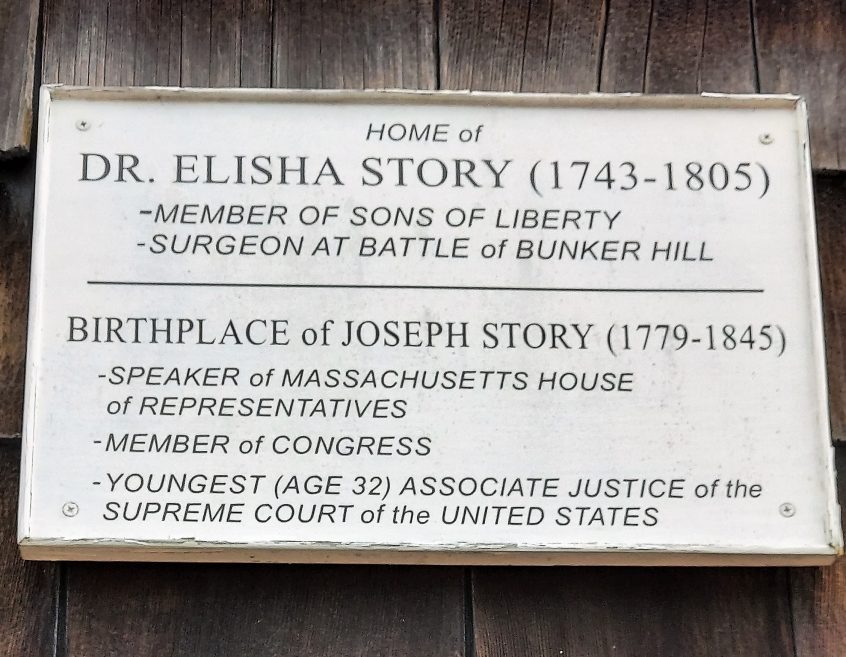 When I sketched out a rough plan for this trip, I was excited about the prospect of visiting Salem MA.  Home of the witch trials Salem does Halloween in a big way.  Unfortunately, we weren’t the only ones headed there, it seemed as if half of everyone on the eastern seaboard wanted to go there too.

It didn’t help that there were slews of accidents on the way from Newport to Salem.  It should have taken less than two hours, after three hours we were just entering Salem, where there was a massive traffic jam.  There was no where to park, and the crowds of people resembled Times Square on New Year’s Eve.  I hate to think what the town is like on October 31st.

I got frustrated and suggested we abandon our plan and head over to Marblehead instead. Our current thinking is to circle back to Salem on our way home when the holiday weekend is over.

Marblehead is a very old fishing town, steeped in history and well-preserved architecture dating back to the 1600s. We visited a small museum with two interesting exhibits.  One was a local folk artist whose work reminded me of Grandma Moses.  The other was about Victorian burial customs.  One story depicted was about a charlatan who figured out how to do double exposures, allowing him to create photos of the living and dead together.  The other story was title “six feet blunder.”  Seems there were cases of people buried alive.  You could buy a special casket with a pipe to breathe through and either a bell or whistle to attract notice.

At the Marblehead waterfront the wind was blowing fiercely, creating fierce whitecaps. Moored boats bobbed, tilted, and looked ready to break away. The restaurant we ate lunch at, the Barnacle, hung out over the water.  We started outside but didn’t last five minutes. Wonderful fresh swordfish for me, fish chowder for Sue.

On our way to the hotel, we drove on a scenic byway.  At one point there was a clear view of Boston in the distance. Given traffic issues, we’re avoiding Boston.