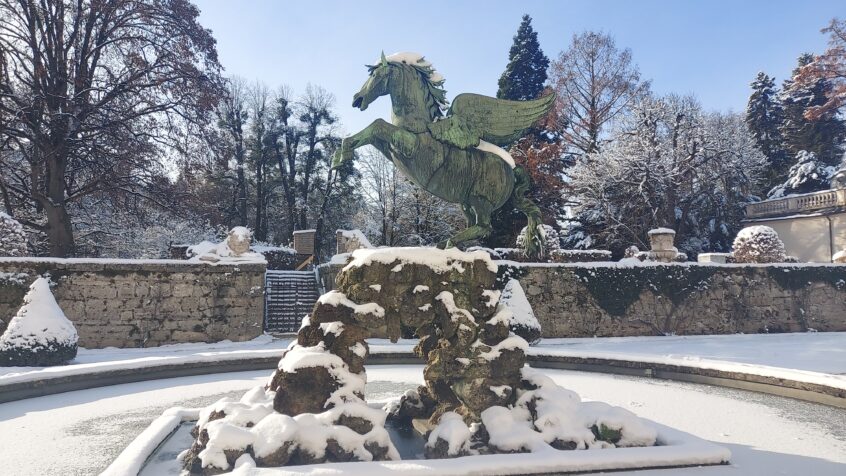 This is a whirlwind tour, frankly too fast for my liking. We boarded a train from Vienna to Salzburg in the early morning.  Then we had five hours to explore a city that deserves at least a couple of days.

The train ride was beautiful, through a snow-covered landscape. That snow will stay for a long time, the temperature isn’t expected to rise above freezing for the remainder of the week.

Salzburg is famous for two things: it is the birthplace of Mozart, and it is where much of The Sound of Music was filmed.

Highlights from my brief visit to Salzburg included:

Then back to the train headed towards Munich. The train was delayed by 30 minutes, so we did a bit of rushing around to get to the Ratskeller for our dinner reservation. The Ratskeller is an old, famous, and enormous restaurant. I had duck for dinner, accompanied by some of the best cabbage slaw I’ve ever eaten.  Dessert was black forest cake, star of the meal. The cherries are soaked in liqueur. I could have a whole bowl of them and skipped the cake.